How To Prevent Rape 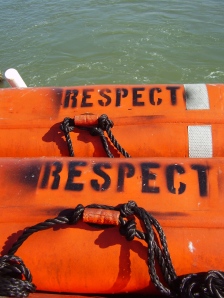 Like I discussed in Trauma Stigma: We Are Only As Sick As Our Secrets, victim-blaming hurts us all. It is a message that keeps us all stuck in cycles of violence and misplaced responsibility. Only by putting responsibility where it really belongs, on those who commit acts of violence and abuse, can we start to break this cycle.

When it comes to rape, so much emphasis is placed on what women should do to protect themselves. This feeds the illusion that if you just do/don’t do the right things you can be safe from rape.  And conversely, that if a woman has been raped she must have done something wrong!

A post at sexgenderbody reminded me of this piece I’ve see circulating for years, since at least 2005.  It is simple and powerful.  It speaks to this issue of responsibility and control. I cannot find any information regarding the author. If anyone knows the source, please fill me in!

How to Prevent Rape

Instead of further curtailing women’s freedom, how about:

If your “friend” tells you he raped someone, report him to the police.
If your frat-brother or another guy at the party tells you there’s an unconscious woman upstairs and It’s your turn, don’t rape her, call the police and tell the guy he’s a rapist.

Tell your sons, god-sons, nephews, grandsons, sons of friends it’s not okay to rape someone.

Don’t tell your women friends how to be safe and avoid rape.
Don’t imply that she could have avoided it if she’d only done/not done x.
Don’t imply that it’s in any way her fault.
Don’t let silence imply agreement when someone tells you he “got some” with the drunk girl.
Don’t perpetuate a culture that tells you that you have no control over or responsibility for your actions. You can, too, help yourself.

If you agree, repost it. It’s that important.   -Author unknown
Kathleen Young, Psy.D.

33 Responses to How To Prevent Rape